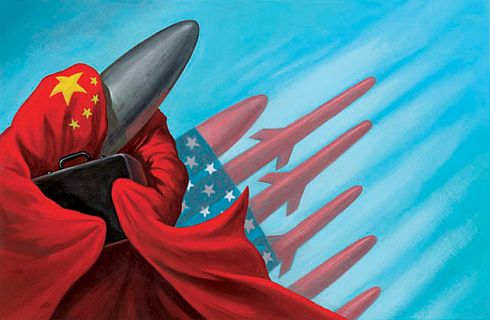 Though China denies that a group linked to the Chinese military has stolen data from over 100 different targets, most of which are based in the U.S.,the U.S. based media are at it.

“The Wall Street Journal reports Internet security company Mandiant saying in the report it traced 141 major hacking attempts to a People’s Liberation Army building in Shanghai, 115 of which targeted U.S. companies or organizations”,said a report emanating from the U.S.

“To make groundless accusations based on some rough material is neither responsible nor professional,” China’s Foreign Ministry spokesman Hong Lei reportedly told the Associated Press.