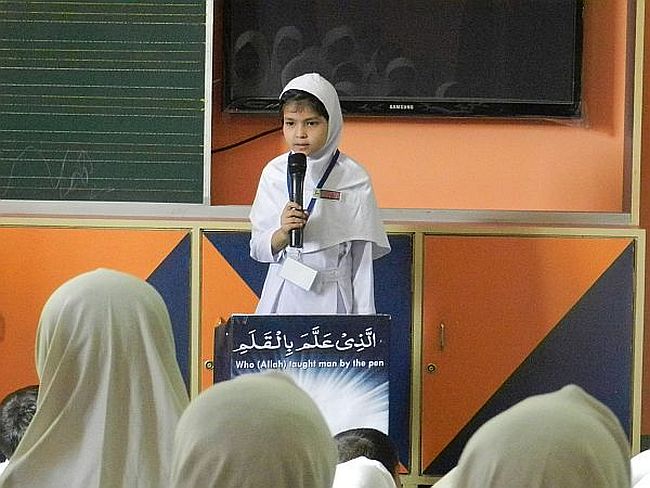 When seven year old girls- Muneeba and Afifa- held the mike and spoke in English with Oxfordian accent,they symbolized the emergence of a modern primary school for Muslim community in Jharkhand.

The function attended by nearly one thousand people was marked by a variety of colourful cultural programmes such as recital of Rhymes,Tarana,Skit,Mushaira and eloquent speeches by Muneeba and Afifa.

They were the star attractions.Both these tiny tots spoke confidently,exhibiting how successful were their teachers who had helped them internalize the art of English speaking,a feature not common among schools of the Muslim minority community in Jharkhand.

No wonder why the parents who were present on the occasion greeted the performance of their wards.Many of them were profuse in thanking the school teachers and its staff for doing a wonderful job.

Director Abdullah Kaifi,who was the founder,teacher and guide of this school,thanked the audience and congratulated the entire team for its extra ordinary dedication in building this school.The vote of thanks was extended by the school’s governing body’s member Serajuddin.