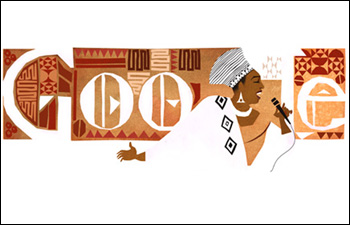 Google made a doodle to honour and remember South African singer and civil rights activist Miriam Makeba on her 81st birthday today.

She is The Grammy-award winner who is popularly known as Mama Africa.She had campaigned against South Africa’s racist apartheid government.

Born in Johannesburg on March 4, 1932, Makeba gained initial fame in 1959 during a tour of the United States with South African group the Manhattan Brothers.