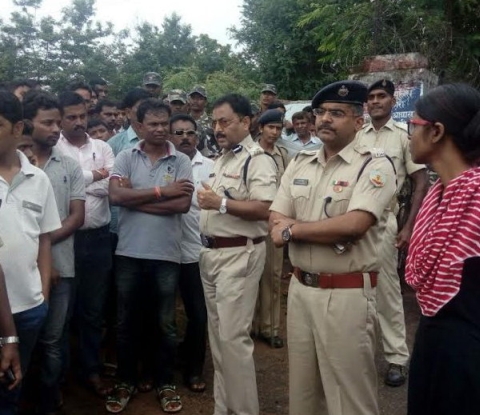 The death of 17- year old Rupesh Swasi in the police custody has generated grief and shocked many people in Jharkhand.

Responding to the emerging scene,DGP DK Pandey has ordered CID to inquire into the case.The DIG,Ranchi,was directed to lead the investigation team.

Alongside,a number of people and leaders of different political parties had expressed shock and grief over the death of Swasi in the police custody.

“It is a serious case.We are terribly shocked to know that this minor boy lost his life inside the police station in Bundu”,said former Chief Minister Arjun Munda echoing the sentiments of many people in the state.

Swasi,who was minor,worked as a staff in a cloth shop in Bundu block in Ranchi district.His relatives have complained that the police picked him up alleging that he was a ‘Maoist’ and ‘killed’ him inside the police station on Friday.

Inside the police station,he was learnt to have been beaten up.The policemen thrashed and whipped him to death with the butt of the gun,said reports quoting eye witnesses.

Records of the state government run RIMS hospital show that Swasi was brought dead to the hospital.The parents have blamed police personnel of the Bundu police station responsible for his death.