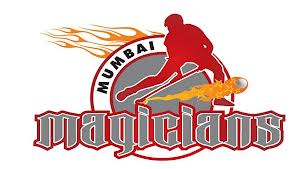 Fresh from a convincing 3-1 win over Uttar Pradesh Wizards, Ranchi Rhinos would be high on confidence as they take on Dabur Mumbai Magicians in the Hero Hockey India League on Monday at the Astroturf Hockey Stadium.

Rhinos played a terrific and patient game against Wizards in Lucknow, absorbing all the pressure in the first three quarters, and then scoring thrice in the final quarter.

Rhinos have been very solid in defence throughout this tournament, and would be keen to continue their good show going into their home game against Magicians. Birendra Lakra has been a standout performer in the defence for Rhinos, and the Magicians’ forwards would have their task cut out, when they try and get past him.

Mandeep Singh has been in superb form for Rhinos this season, and he would be one guy Magicians need to be wary off. Mandeep scored twice against Wizards on Saturday, and the hosts would be expecting a similar performance from this talented player.

Magicians, on the other hand, have their own problems. At half way stage, the team coached by Aussie legend Ric Charlesworth is yet to win a game, and is at the bottom of the points table. Their star drag flicker Sandeep Singh has been in tremendous form, but just has not got enough support. Their 11 of the 14 goals have come from penalty corners, and Sandeep has scored nine of them. It’s high time some of their other top players put a hand up and take responsibility. The forwards have made some brilliant individual moves, but converting it into a goal is something that the Magicians haven’t been able to do.

The middle-line just hasn’t been able to supply the forwards on a regular basis, and forwards have always lacked in numbers, to make a move threatening enough.

The defence has not been up to the mark either, conceding 24 goals in six games so far. The real worry for Magicians has been the man-to-man marking, and that’s one area where they would really like to pull their socks up. Letting four goals in on an average per game is a few too many, and the team management would be keen to improve upon that.

In most of the games, Magicians have conceded a goal early, and have had to play catch up game. It would be interesting to see if they adopt for a more solid approach against Rhinos, and make sure that they keep a clean slate, as long as possible.

Sandeep Singh, team Dabur Mumbai Magicians said, “We are working on our teams performance and trying our best to resolve these small mistakes that we commit on the field, that’s costing us heavily. Even at this stage we are not out of the tournament, we will give our hundred percent in each and every game and fight right to the end”.

Baljit Singh Saini, Coach Ranchi Rhinos, said, “We are really happy with our team’s performance. Playing UP Wizards and winning against them was not a piece of cake and that too on their home ground. In addition to this we didn’t have Austin Smith Playing that game and we still managed to win it. From a coaches perspective the team has had a satisfying game and we hope that they maintain this momentum in other games too. As far as tomorrow’s match is concerned we won’t be taking Mumbai lightly, the team has a tendency to concede goals early on but comeback strongly towards the end. Our main strategy is to block Sandeep Singh who is Mumbai’s ultimate weapon and is the highest scorer in the league.