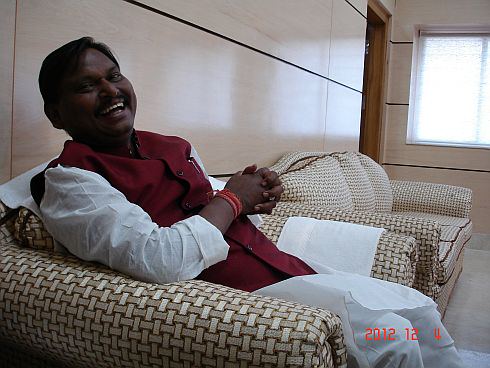 Though he prefers not to name any one of its leader,he says he was still puzzled as to why the JMM withdrew support to his government.”Those people who were anti development,had ganged up.They toppled the government”,says Munda.

More,in an interview to the PTI’s Ranchi based Bureau Chief P V Ramanujan,former CM Munda admitted that coalition politics was anti thesis to development.”It rarely allowed a government to ‘walk on a mission’, putting together ideas and issues in order to make any project a success”,said Munda.

“For development, one should embark upon a mission, which is so crucial to turn the input into output (putting together the government’s progressive projects). And to accomplish this feat is very difficult in a coalition government due to some compulsions (of coalition politics),” he told Ramanujan.

“But I tried to the maximum extent to maintain good relations with coalition partners on issues of the state’s requirements … And how we should go together keeping the state’s development in mind. During the two years of governance, work did happen well … Under President’s rule, I hope good work will be carried forward,” he added.