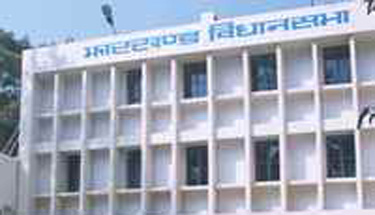 The Monsoon session of the Jharkhand Assembly will be held for six days during July 22-27,2016.A decision toward this end was taken by the state Cabinet headed by Chief Minister Raghubar Das in Ranchi on Tuesday.

Other significant decisions taken by the Cabinet were :

*The 500- bed Sadar hospital in Ranchi will be run by the state government and not on Public -Private Partnership(PPP) mode as was decided by the cabinet earlier.

*As many as 244 posts were sanctioned for Anti Corruption Bureau in Jharkhand.

*To get the state’s Shravani Mela-2016 organised during July 1-August 1,2016,as many as 14 OPs and 6 Temporary Traffic Police stations will be set up in Deoghar.

*Three tribes-Mal Paharia,Kumarbhag Paharia and Soria Paharia-to be recognised as Paharia and send recommendation toward this end to the Union Government of India.

*Rs 40 crore sanctioned to construct the Collectorate Building with modern facilities at Hazaribagh.

*The vacant posts meant for persons with disability under the Persons with Disabilities(Equal Opportunities, Protection of Right and Full Participation) ACT, 1995,sanctioned.