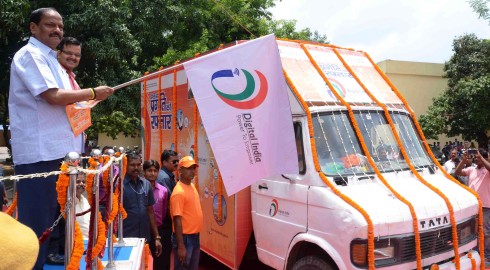 The flagging off took place inside his official residence in Ranchi.

The CM said :”Which is why the Centre,taking note of the state’s capability,has given consent to open many educational institutions.”

As a result,he said,the ISM has become IIT.”There were other educational institutions such as Central University,IIM,Law University,Raksha Shakti University,RIT,BIT,XLRI,XISS inaddition to seven Dental Colleges,three medical colleges and several engineering colleges where quality education was being provided,”said the CM.