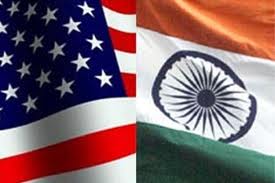 The U.S. Under Secretary of State for Economic Growth, Energy, and Environment Robert D. Hormats co-chaired a panel discussion on Illegal Trade in Wildlife with WWF India CEO and Secretary General Ravi Singh.

Illegal wildlife trade is estimated at $10 – 20 billion annually, and is among the largest sources of illegal trade. Increased firepower and ruthless tactics on the part of the poachers jeopardize security, stability and the rule of law in countries across the globe. Beyond moral and environmental implications, large scale poaching threatens the livelihoods and economic opportunities of local communities. At the roundtable–which was organized by the U.S. Embassy and WWF/TRAFFIC India–U.S. and Indian government officials, NGOs, wildlife lawyers and enforcement officials discussed some of their challenges, and successes in combating wildlife trafficking.

Under Secretary Hormats emphasized the need for high-level political will, public outreach, and greater international coordination and cooperation to combat wildlife trafficking, including the strengthening of regional enforcement networks such as the South Asia Wildlife Enforcement Network (SAWEN). “India and the United States have strong, historic ties in wildlife conservation. Our cooperative work has ranged from research on how to manage human-wildlife conflicts, to conservation education projects, to wildlife enforcement training.”

WWF India Secretary General and CEO Singh noted the intimate link between the decline of India’s wildlife species, and alarming trends in illegal wildlife trafficking. “It is imperative that issues of illegal wildlife trade should be taken up in a strategic manner, linking national agencies and senior government executives. Here, the U.S. government can be an important partner on global wildlife intelligence, networking and sharing of best practices in enforcement.”

The United States and India have worked together on wildlife conservation for over twenty-five years. We will continue to work together to combat poaching, manage our wildlife resources, improve enforcement capacity, and reduce consumer demand for illegal wildlife products.