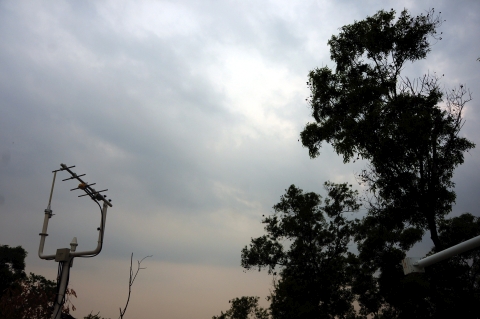 Ratan Lalâ€™s picture shows clouds in the sky showcasing arrival of the monsoon in Ranchi,capital of Jharkhand,on June 17,2016.

B.K.Mandal,Director-Weather Department on Friday declared that monsoon has arrived in Jharkhand.
It has set in over parts of Jharkhand in West Singhbhum,said Mandal.

“Ranchi and its adjoining areas are covered by monsoon clouds.These areas are going to get rains soon”,he said.

Already the South-west monsoon had set in over Kerala and Lakshadweep, said K Santosh.

Several parts of the state has been receiving heavy rains since last night. The IMD had earlier said that monsoon was likely to come to Jharkhand late by June 17..