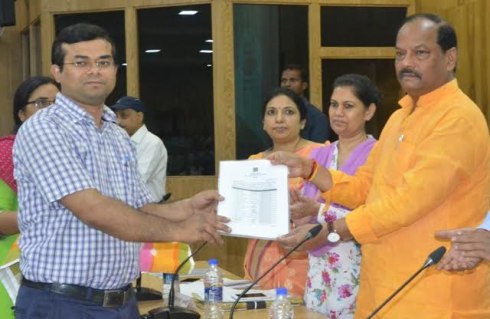 Jharkhand Chief Minister Raghubar Das on Tuesday handed over letters of appointment to adminstrative service officers who were selected by the Vth civil service examination conducted by the Jharkhand Public Service Commission.

The CM said that 2016 was declared as the year of appointments.In the state there were 1.16 lakh vacancies.These vacancies have to be filled up as soon as possible.

“Once vacancies were filled up,the process of development work will pick up speed and good governance can benefit the people at the grass root level “,said the CM.