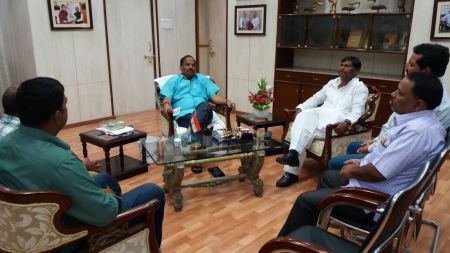 Former Chief Minister Arjun Munda on Wednesday met Chief Minister Raghubar Das and requested him to oppose the decision of Jamshedpur based Tayo Rolls Ltd(TAYO) to close down.

“This is going to leave its executives and workers jobless.This will create terrible problem for their families.It will also generate negative image about the prospect of industry in the state”,Munda told Das.

The CM is learnt to have promised to intervene and try to persuade the company not to close office and production.

TAYO,a subsidiary of Tata Steel Ltd since 2008,was promoted in collaboration with Yodogawa Steel Works,Japan and Nissho Iwai Corporation of Japan for production of Cast Iron and Cast Steel Rolls for metallurgical industries.Other products include Forged Rolls,Engineering Forgings and Ingots.