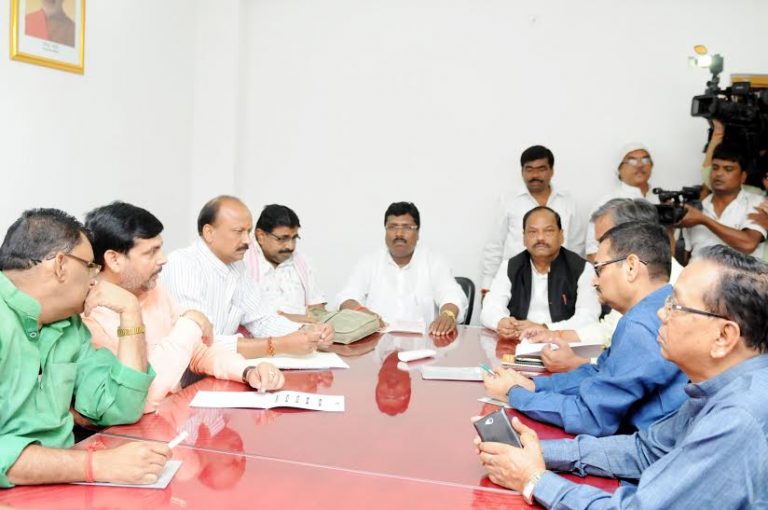 Heavy political jostling is learnt to be on within political parties to gain a berth in the Rajya Sabha as two seats of the Upper House are vacant in Jharkhand.

The vacancy was the result of retirement of Congress’s Dheeraj Prasad Sahu and the BJP’s MJ Akbar.

In the 81- member Assembly,the ruling BJP has the support of 46 MLAs(37BJP+6defected from Jharkhand Vikas Morcha plus 3 from the AJSU).To win the RS seat,28 first votes are needed.This means that if Akbar is allowed to contest again,his succees is considered almost certain.

Since it lacks less than half a dozen MLAs,the Congress is sure to lose.To gain this seat,the Opposition parties led by Jharkhand Mukti Morcha having 18 MLAs are trying to join hands.

However,any independent candidate having enough lollies and a knack of getting on the right side of those in command is likely to emerge victorious.

In any case,the ruling BJP led by its state president Tala Marandi and Chief Minister Raghubar Das on Wednesday held a meeting with party leaders inside the party’s headquarter office and discussed ways to win the two RS seats.