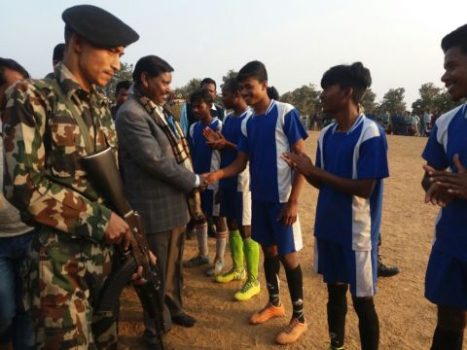 Addressing a public meeting at Takra in Khunti district,the birth place of Jaipal Singh Munda,Arjun Munda talked about his contributions to society..

In fact,Jaipal Singh Munda(3 January 1903 – 20 March 1970),who captained the Indian field hockey team to clinch gold in the 1928 Summer Olympics in Amsterdam. He is well known for his sportsmanship and political skills,according to wikipedia.

“Later he emerged as a sole leader of Adivasi cause and creation of a separate home land for adivasis of central India. As a member of the Constituent Assembly of India he actively campaigned for the rights of the scheduled tribes.

He is popularly known as “Marang Gomke” which means the Great Leader. This name was given to him by the tribal people of Chota nagpur region”,according to wikipedia.