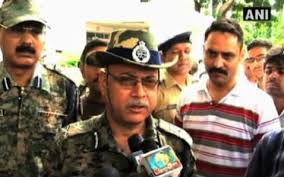 The cops today arrested two persons on charges of murdering a TV reporter in Chatra district,Jharkhand.

The arrested persons were being interrogated by the police,said Chatra SP Anjani Jha.

As it is,Indradev Yadav alias Akhilesh Singh, a local television reporter in Chatra district, was shot dead on Thursday while he was returning home.

Journos across the state and country had condemned the killings and demanded immediate arrest of the culprits.