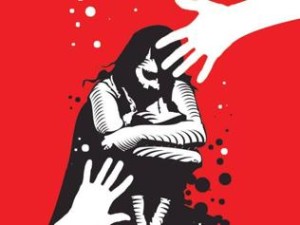 The murder of 31-year old Sonali Murmu has taken a turn with a tribal outfit staging dharna demanding death penalty for her killer.

Murmu,a Santhal tribal married woman and a B.Ed student,was shot dead outside her college on May 4 in Ramgarh.

The killer was suspected to be shot dead by her lover- Suken Mandal,a resident of Dumka.Though Mandal was not arrested till date,the police suspects him to be the lover turned killer who allegedly harassed and threatened her after her marriage.

Talking to media persons in Ramgarh on Wednesday, District Convener of the AIMPM Babulal Hembrom said the government has been boasting of taking move for women empowerment.”But the fact is a poor tribal woman was killed in broad day light outside her college.No arrest was made till date”, he added.

Asked why he was not arrested and pat came the reply from Ramgarh SP M Tamilvanan.”He is absconding.”In any case,the her murder and failure of the police to nab him,a number of Left parties and Santhal men and women had joined the protestin front of the statue of Netaji Subhash Chandra Bose in Ramgarh and demanded immediate arrest of the culprit and capital punishment.