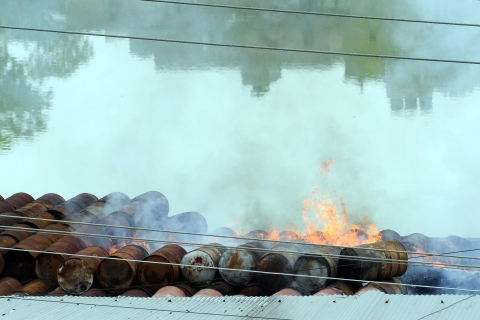 Fire men today doused fire at a shop in Chutia,Ranchi.

Minutes after the fire broke out at the Transformer Repair Workshop (TRW) in Chutia near Ranchi Railway station,personnel belonging to Fire Brigade reached the spot and began to douse it.