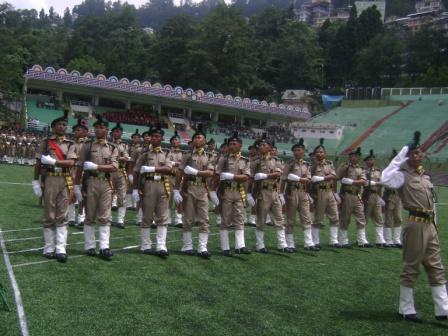 If the plan being prepared by the government is of any indication,the India Reserve Battalion(IRB) will have its own outfit-an engineering company-responsible for construction of culverts,bridges and roads in the Naxalite infested areas in the country.

As per the plan,this company will execute the development works under the shadow of the IRB’s securitymen.The aim was to expedite the process of development in the Naxal infested areas..

Right now,these development schemes were implemented by the contractors on behalf of the government agencies.The Naxalites collected levy from the contractors and corrupt officials.Those who paid it to them managed to do the work.

But those who did not,suffered untold miseries.Apart from abduction,arson and murder,these contractors and officials were compelled to stop the work.This had prevented them from completing the job orders related with many schemes.Also,it was a major source of revenue for the banned Naxalite outfits. .

To get rid of the problem,the Union Home Ministry planned to raise the IRB’s engineering company.”Very soon,the company will come into effect”,said the Governor’s Advisor V ijay Kumar in an interview to a local Hindi newspaper-Prabhat Khabar.