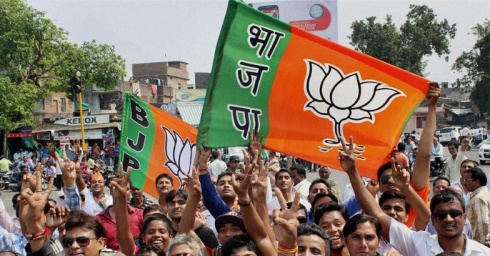 The BJP government led by Chief Minister Raghubar Das is under attack.The attackers are both within the BJP and the Opposition comprising Jharkhand Mukti Morcha,Jharkhand Vikas Morcha and the Congress.

The cause of their attack is the Das government’s domicile policy.

As per the policy announced by Das in April, anyone living in Jharkhand for 30 years and possessing immovable assets were entitled to a resident of the state.

However, senior tribal leaders and these ex CMs who cut across partylines and belong to the tribal community are opposed to this policy, saying that it will adversely impact the rights of the Adivasis in Jharkhand,their homeland.

More,apart from Arjun Munda,four BJP MLAs who belong to the tribal have written to Governor Darupadi Murmu and the CM ,this policy is not in accordance with the interest of the tribal community.Even some old non tribal people(called Moolvasi)were reportedly backing these tribal leaders who want themselves to be protected.

In his letter to the CM,BJP leader and Arjun Munda states that the domicile policy needs to be changed.”Otherwise, it will lead to serious discord and dissent,” Munda wrote in his letter.He complains that none of the tribal leaders within the BJP were consulted by the CM.”No suggestion was sought from me in this regard,” Munda told mediapersons.

This created a wave of opposition against the Das government.First was Babulal Marandi who has demanded withdrawal of the domicile policy and threatened that in case his demand was not me,his party will launch economic blocade on June 11-12.Similar threat was issued by the JMM leaders including Hemant.”Now,the ruling BJP is on the verge of a break up”,says Hemant.

Former chief minister and Jharkhand Mukti Morcha (JMM) leader Hemant Soren too echoed a similar view.”The BJP government in the state is working against the tribals and the Moolvasis.JMM will oppose the policy and lead the charge,” he said.Also,the JMM has called for the state wide bandh on May 14 to the Das government’s domicile policy.

Notably,the domicile policy necessary to make appointment keeping in view the interest of the local residents, was announced after a long wait.Though these tribal leaders were critical of it,none of them had come up with acceptable suggestions in accordance with the Constitution.