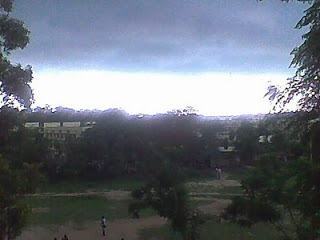 Hot summer is yet to bid adieu to the people of Jharkhand as the India Meteorological Department has predicted down in temperature with sky getting enveloped by cloud and storm in the coming week.

The clouds and storm are going to keep the temperature varying between 25 degree to 37-38 degree C on Monday,Tuesday,Wednesday and Thursday,said the Met Department report.

Today,Rain and clouds hit Latehar and its adjoining areas in Palamau.The rain with hailstorm is recorded in isolated parts of the state and subsequent drop in the mercury level in rest part of Jharkhand.

So far,summer has been hot compared to the previous years. On Sunday, temperatures of Ranchi, Jamshedpur and Daltongunj were around 25-37 degree C .