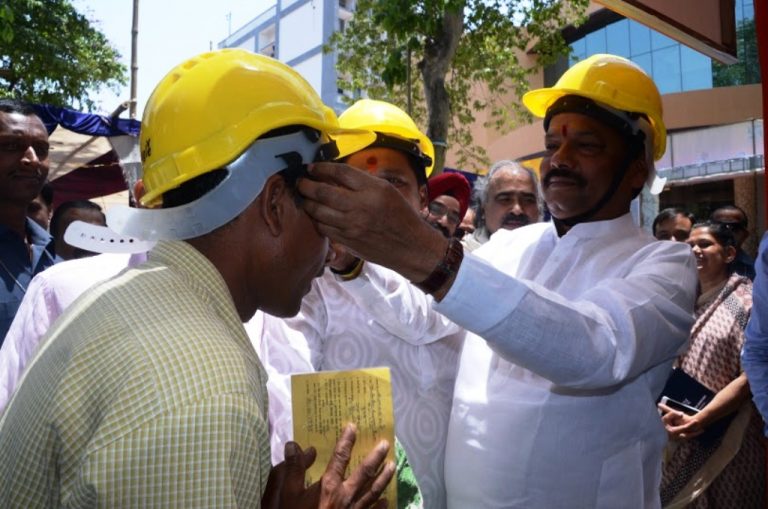 On the occasion,apart from delivering lecture,the CM launched Helpline number as well as a portal for the working community.The portal-jharkhandsamadhan.nic.in, is a centralized computerization system,felt necessary for effective grievance management, redressal and monitoring.

In this connection, the state version of CPGRAMS(“Jharkhand Samvad evam Samadhan”) is implemented and functioning in the state .It is carried out with the customized version of the state of Jharkhand.

At the same time,the CM handed over certificates of recognition to CEO of the JAP IT for Samadhan portal and five others for preventing accidents in different factories.