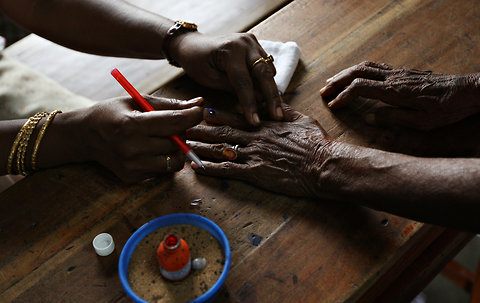 “Panchayats or village councils have been in existence in our country from time immemorial as institutions of local self government. The small village bodies functioned as organized local government discharging several functions including maintenance of law and order as early as 2500 years ago.”

Kick starting the All India Conference of State Election Commissioners in Ranchi today,Governor Syed Ahmad said that the British realized the significance of these institutions during the time of Lord Rippon, when a ‘Resolution on Local Self Government’ was passed in 1882. This resolution, while recognizing these institutions in urban areas, extended the concept of Local Self Government to rural areas in the form of district boards, taluk boards etc,he said.

He said by the year 1883-84, many of the Provinces had passed local Self Government Acts as per the covenants of the Resolution of 1882. However, institutions so established were handicapped by virtue of narrow functions, limited powers, inadequacies in representative character,he pointed out adding as follows:

“The Framers of Our Constitution were very much alive to the role of Village Panchayats and Municipalities in our society and specific provisions were made in the Constitution. However, the status and functioning of these institutions continued to be weak especially on account of inadequacy of funds, representative character and delay in holding elections.

The need for fulfilling the objective of transfer of powers to the people at grass roots level and establishment of vibrant Panchayati Raj Institutions was reiterated in the resolve of Late Sh. Rajiv Gandhi. It was this resolve of Sh. Rajiv Gandhi which finally became a reality during Narsimha Rao’s period and 73rd and 74th Constitutional Amendments were passed.

Representative nature of these bodies through free and fair elections has been addressed by these Amendments through substantive provisions under Article 243 (K) and 243 (ZA) for an independent State Election Commission (SEC) in each of the States vested with power of superintendence, direction and control of the preparation of electoral rolls for, and the conduct of all elections to Panchayats and Municipalities. Article 243 (K) also empowers States to legislate on all matters relating to elections.

However, the provisions of State legislations for elections to Panchayats and Municipalities vary from State to State and need strengthening; so also the procedures, practices vary from State to State with significant scope for improvements and these calls for continuous structured interaction and learning from each other for strengthening the electoral processes at grass roots level. It is this need which has evolved into a ‘Continued Dialogue on Electoral Reforms’ through this forum of All India Conference of State Election Commissioners and now the Election Commission of India has also joined this ‘Dialogue’.

It is a matter of privilege for Jharkhand to hold this 18th Conference where the Chief Election Commissioner of India has also joined us to address important issues like voter education, common electoral rolls, and electoral reforms. While laudable initiatives have been taken by the Election Commission of India and the SEC’s in these areas, we need to continue our efforts in these areas on a sustained manner.

This would help in larger participation from the voters in our democracy at all the levels. Here I would like to mention that we have to take care that voter participation is maximized and no voter should be denied to exercise his vote on account of minor mistakes like the spelling of his name in the electoral rolls. We need to take special care in such matters while preparing our electoral rolls.

I am sure the deliberations of the conference will further reinforce this ‘Dialogue on Continued Electoral Reforms’ and contribute to strengthening of democracy at grass roots level through robust legislations, innovative and sound practices and foolproof electoral processes.”