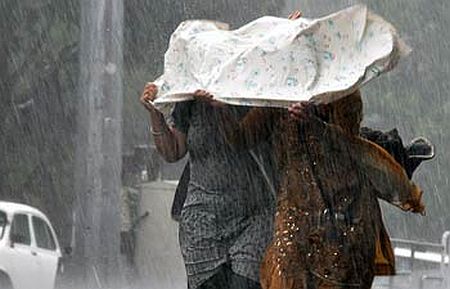 Monsoon brings rains in Jharkhand during the second fortnight of June.This time the rains may not keep them waiting till June 10,says a Met.department officer.

“The monsoon may hit Bengal in the next two to three days depending upon the movement of the depression.If that happens, Jharkhand can also look forward to an early monsoon, now likely to arrive by the first week of June,” said G.C. Debnath, the director of Alipore Meteorological centre.

On Sunday,rains followed by a hail storm gave the much needed relief to the people.Approximately,24.2 mm of rain was recorded in the one hour down pour and the temperature dipped by some five degrees. However, Ranchi witnessed the first spell of rain leaving drains choked and roads littered with filth and garbage.The power cuts that followed these rains threw the normal life out of gear.