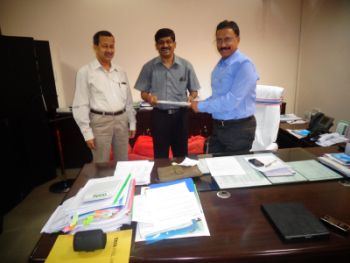 Facilitate harvest of corneas from the victims of accidents’,this was the resolve expressed by the then DGP, GS Rath in response to an initiative by a Jamshedpur based NGO ‘Roshni’.

Roshni had sought permission to use corneas from the accidental death victims before
the post mortem for the visionless. This novel initiative did not make any headway as none of the police officers backed the NGO.
Yesterday, when Rajnish Kumar, Executive Member of Eye Bank Association of India and Hony. Secretary, Roshni met DGP Rajiv Kumar and other senior police officers in Ranchi and requested him to cooperate in allowing his NGO use the corneas for the visionless, another directive was issued.