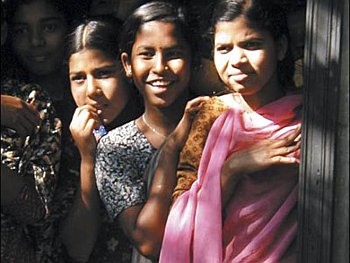 A two day workshop on socio-economic empowerment of adolescent girls in Jharkhand got underway at the BNR Chanakya Hotel in Ranchi today.

The workshop,organized jointly by the World Bank and the Jharkhand government’s Department of Social Welfare, Women and Child Development,was inaugurated by the Department’s Principal Secretary Mridula Sinha.

On the occasion,she said that adolescent years are the most critical in any woman’s life.And as such,she stressed the need to unfold the support during the same period so that the girls become economically productive and socially conscious citizens.

All the speakers asserted that momentous changes are taking place across the country at a time when adolescents make up a quarter of the population in this country and as future citizens,they can usher in major changes in the society.

It was further reiterated that skills augmentation and capacity building of adolescent girls can augument the socio –economic development in the state of Jharkhand.

The session culminated with a panel discussion on the way forward to address the issues of adolescent girls in the state. The participating agencies also shared their experiences of vocational training of adolescent girls.This was appreciated by the forum.