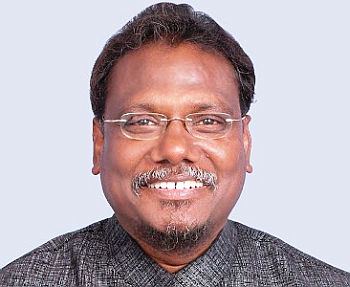 Bulldozing merit,sincerity and honesty,the ‘pairvi’(lobbying)has been a lucrative means used by tainted politicians to patronize and promote the corrupt-a bane for successive governments in Jharkhand.

During the Arjun Munda government,a number of politicians of the then ruling coalition including JMM chief Shibu Soren wrote to the then Deputy CM Sudesh Mahato to grant extension to the water Resource Department’s chief engineer Veera Ram,who was to retire on January 31.

Since the President’s Rule was imposed on January 18,his Pairvi did not work and Ram,who had set a record by grabbing the top post despite being just a Diploma holder,retired leaving a post vacant.This had to be filled up and so the pairvi started.

This time,it was the turn of politicians belonging to the Congress party who were at the helm of affairs under the President’s Rule.The party’s state unit president and the Rajya Sabha MP Pradeep Balmuchu,who had used his closity with the former chief minister Madhu Koda to get his own daughter admitted in a medical college on the “quota”of the state government,used this time his letter pad to make recommendation in favour of Brajmohan Kumar as the chief engineer.

While it remains to be seen if Balmuchu succeeds in his pairvi,the criteria of filling up the top post was not based on capability and honesty.Often the most incompetent and the corrupt with the use of such pairvi,which was always preceded or followed by the speed money varying between a couple of lakhs to a dozen lakhs, succeeded and captured the top posts creating a huge problem for the department to deliver.

The result was visible on the road sides where dams were built only to get washed away in the first spell of the monsoon and inside the department where almost all top posts were occupied by the most incompetent and the corrupt who had scaled up the ladder with pairvi.

To over come the problem,department’s upright head of the department had appointed two meritorious engineers on a contract basis.”The public funds have to be utilized.To do so,you have to have competent engineers”,said a senior officer.But those who were benificiaries to pairvi were up in arms against them perpetrating a milieu of tension in perpetuity.