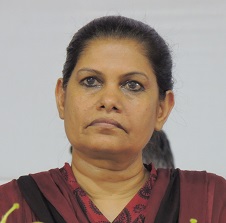 More,the CS directed the Department to make water conservation wide and prepare a plan to turn the un-used(Parti/Banjar)land into agriculture land.

“Review should be done over the works of the Village Forest Security Committee(Gram Van Suraksha Samiti) and select dark area for implementation of the MNREGA schemes to start appointment to fill up vacant posts”,said the CS.

She said,where panchayat Bhawans were already built,Panchayat secretariat should be made effective and functional and get rules and regulations prepared to make the Panchahayat manage sectors such as health,education,drinking water and other basic facilities in the village.

“In those Panchayats where there was obstruction in building Panchahayat Bhawans,get the list prepared and activise the process to start their construction”,the CS said.

Also,the CS directed that efforts must be launched to record the fund collected and utilised by the Panchahayt from sand piers(Balu Ghat).