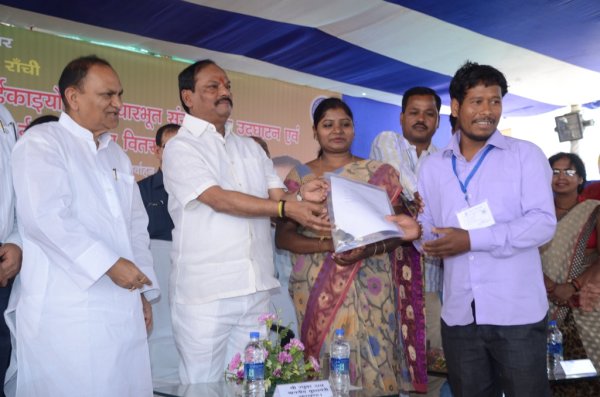 Every body knows BSUP is a mandatory urban poverty reform for all local bodies supported under JNNURM. Its goal is to; “Provide basic services (including water supply and sanitation) to all poor including security of tenure, and improved housing at affordable prices and ensure delivery of social services of education, health and social security to poor people”.

Alonside,the CM also pointed out that apart from a house,the rickshaw pullers will be provided e-rickshaw.In coming days,more houses and e- rickshaws will be handed over to the identified people,said the CM while distributing E Rickshaws and Flats to beneficiaries.

Inside these residential complex,electricity and water facility were available.”Park and marriage hall will also be built soon”,said the CM.