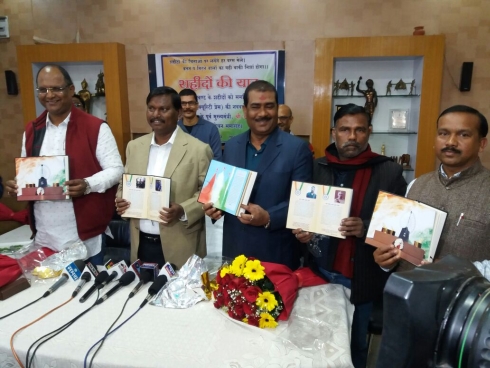 The diary printed by Ranchi based Setu Printers is dedicated to the martyrs.While releasing this diary,Munda said:”Memories of the martyrs give energy.”

The diary release function held in Ranchi was participated among others by Ranchi Municipal Corporation’s Deputy Mayor sanjeev Vijaywargia.