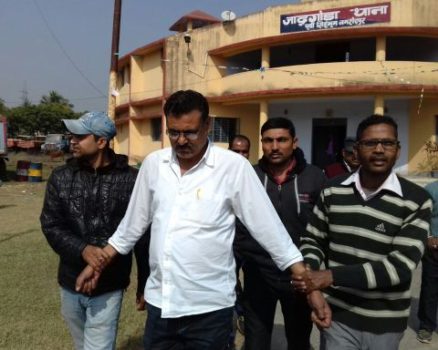 ‘On a tip off,we caught him taking Rs 5000.he was demanding the sum.When he was offered,we nabbed him”,said a Bureau staff on condition of anonimity.

Tiwari was remanded in judicial custody for 14 days.