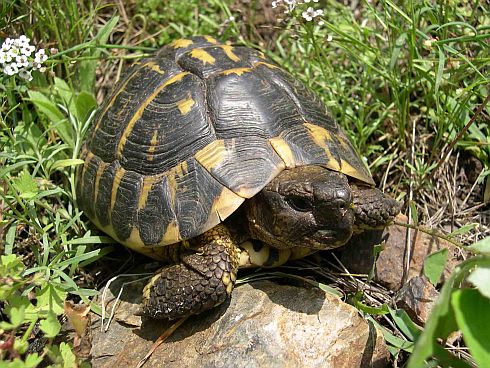 The seizure of 1250 tortoises from a van(UP 44T/2905) near Isri Bazar in Giridih on Saturday-Sunday night,has left the police puzzled.

On Saturday-Sunday night,there was a head on collision between a three wheeler tempo and a van Dugdugia under Nimiaghat police station in Giridih district.Under the impact of the collision,some of the tortoises reportedly spilled out of the van and fell on the road.

The police seized the van and recovered 1250 tortoises.They were packed inside 20 sacks.Among them,150 tortoises were dead.The rest 1100 were alive.

The driver of the van managed to escape.The police which had handed over these tortoises to the state forest department,was in the dark about the identity of the transporter.The poloice officers who were investigating the case suspect that these tortoises brought from West Benagl were part of an inter state smuggling racket.No arrest was made in this connection till now.