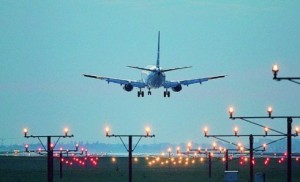 The National Airport Authority of India has reportedly given permission to Indigo Airlines to start its operation from Birsa Munda airport, Ranchi.

After the new terminal was inaugurated,Indigo will be the first new airlines to start its service.The date of the launch of its service and the flight schedule remain unknown.

So far,Air India,Go Air and Jet Airways operate from Ranchi.