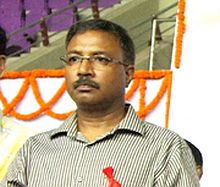 Investigations by the state health department indicates that some corrupt officials had perpetrated a multi million rupee scam by recruiting and promoting personnel belonging to the Class III and IV grades,illegally.The department’s Principal Secretary K.Vidya Sagar has ordered an inquiry into it.

In a letter circulated to all heads of departments’s wings and hospitals,he had directed them to scrutinize advertisements inserted by them and details of the personnel who were recruited and promoted during the past two years and submit report within three months.