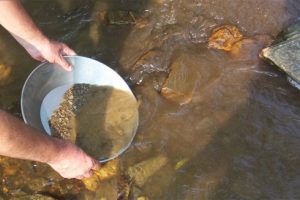 After Chhatisgarh,it is Jharkhand.early this year,Chhattisgarh had made a record by becoming the country’s first state to auction a gold mine.Now,Jharkhand is set to do the same to gain second position.

In fact,following the move initiated by Santosh Kumar Satapathy,the then Principal Secretary(Mines),the state government is ready to float tenders for the gold blocks in West Singhbhum district of Jharkhand.

“The Notice Inviting Tenders will be out any time either this month or early next month”,said a senior officer of the state Mines Department.

The NITs are to be notified/published saying the state government is seeking application to participate in auction of its gold mines in Pahardia and Parasi blocks of West Singhbhum district.Both these blocks lie around the bed of the river-Subarnarekha.

As per popular folk lores and tradition,gold was mined near the origin of the river at a village called Pisca near Ranchi.This is one reason why this river was called Subarnarekha -a Hindi word meaning ‘Streak of Gold’.

Early this year,directed by Satapathy,the state government had tried to auction its gold mine in the Pahardia block.In all,three companies,including Vedanta,had responded positively only to withdraw and not participate in the auction process.This led the state government cancel it begin the process afresh.