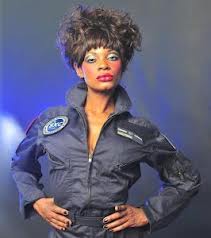 ANI report based on a Mirror story informs that she had reportedly paid 64000 pounds to be part of a private Dutch mission due to blast off in 2014.She,who appears determined not to have sex in space because she says “it was impossible to romp at zero gravity’,had under gone anti-gravity is quoted having said this:

“We have gear that we have to wear, but I’ll see what I can do up there. Maybe I’ll pop my boob out and take a photo of it with the Earth in the background,”
Now she is waiting to 62 miles above the surface on the SXC rocket,says the ANI report.