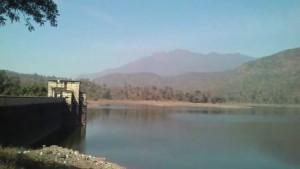 Ranchi,capital of Jharkhand remains free from the heatwave sweeping many parts of Central and Peninsular India.

While the heatwave shifted today to parts of Utter Pradesh,Bihar and Jharkhand including Jamsshedpur,Ranchi remained away from it.Its minimum and maximum temperature 29-39 * C.

In neighbouring Jamshedpur the temperature was recorded at 43*C.Similarly,Allahabad in Utter Pradesh recoreded 43.3*C which was 6*C above normal.

According to Skymet Weather, day temperatures have been on a rise in absence of any weather activity during the last few days. No relief is likely during next 24 to 48 hours.

However,in Ranchi,clouds had gripped the sky and some parts of the city recorded drizzle during the day.