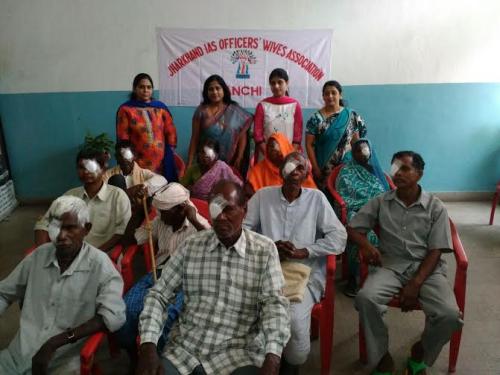 With the backing and  support of the Jharkhand IAS Officers’ Wives Association(JIASOWA) 10 patients suffering from Cataract were operated upon at Bihar Eye Bank Hospital in Ranchi.

After operation was carried on them by the doctors,the patients were released from the Hospital,said a report.

The entire cost charged by the hospital was met by JIASOWA,said its Secretary Richa Sanchita.

Seen in the picture are 10 Cataract patients who were backed and supported by JIASOA office bearers at Bihar Eye Bank Hosspital in Ranchi on April 6,2016.