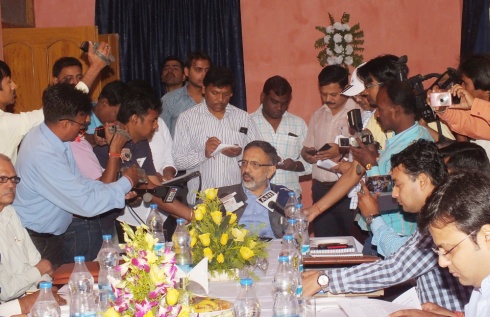 Jharkhand Chief Secretary Rajiv Gauba today announced that the state government will acquire land only after taking consent and in view of the interest of its owners.

He said that the village chief(Gram Pradhan),Mukhiya and farmer can provide their opinion to the Deputy Commissioner.”Before taking any decision,the government will consider their suggestion seriously”,said the CS while addressing a meeting of the high powered committee in Dumka today.

Jharkhand CS said the committee was formed to establish a contact with the people,hear the opinion of land owners and keeping in view of all these submit report to the state government.

Incidentally,the committee headed by the CS was formed by the Chief Minister Raghubar Das.In view of it,the meeting took place in Dumka where the state government requires land to set up many industries including power plants.