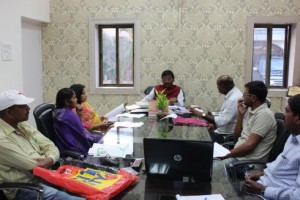 The 23rd Senior National Archery(Men and Women) championship is slated to be held at Kharsawan in Jharkhand on April 8-11,2016.

The meeting was attended among others by Meera Munda,Jharkhand Archery Sangh President,Secretary Sumant Mohanty and Joint Secretary Uday Singhdev.

The event is expected to be participated by 250 Archers,officials and staff.

the 23rd Senior National Archery(Men and Women) championship at Kharsawan in Jharkhand.