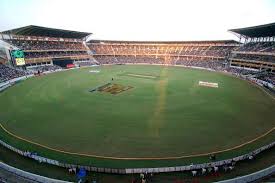 As it is,India is in Group 2 of Super 10 along with four other teams – Pakistan, Australia, New Zealand and winner Group A qualifiers (Q1A).”We are keeping eyes open”,said a Team India fan.

In all,35 matches are going to be played in the 27-day ICC World T20 cricket tournament across eight cities – Bengaluru, Chennai, Dharamsala, Kolkata, Mohali, Mumbai, Nagpur and New Delhi – of India.

Semifinals will be held in New Delhi and Mumbai on March 30 and 31, respectively, while the Final will be played at the Eden Gardens in Kolkata on April 3. There is a reserve day for the final.

India are in Group 2 of Super 10 along with four other teams – Pakistan, Australia, New Zealand and winner Group A qualifiers (Q1A).

They will meet Pakistan on March 19 at Kolkata whereas their match against Australia will be played on March 27 at Mohali.

Today,the hype appears subdued mainly because Brendon McCullum’s retirement.However,the rest others who are playing for New Zealand can not be discounted.

However,New Zealand lacks experience in T20 format in India.”It can go against their interest”,said an observer.

For the Team India led by Mahendra Singh Dhoni there is no negative reason to worry though the eyes of the fans are going to forget sleep tonight at 11-12 tonight when the results will be out.