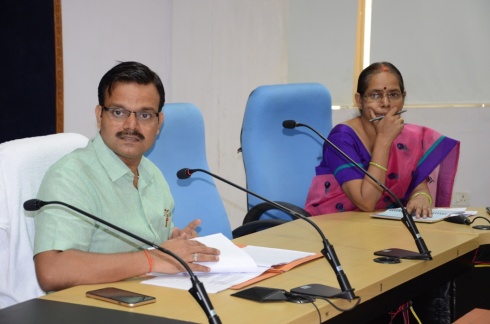 A staff of Jharkhand health department is in the news with Chief Minister’s Secretary Sunil Kumar Barnwal detecting a scam related with payment of her salary.

Kanti Kumari was posted as Lab Technician at the health Centre at Manika in Latehar district.She was implied by a private body Nisha Foundation which collected Rs 8000 from the state government to pay her salary,but instead of giving her the entire amount,paid just Rs 5000 every month.

After Kumari lodged a complaint,Barnwal took note of it during the Jan Samvad programme of the state government held at Suchna Bhawan in Ranchi on February 23,2016 and using video conference,ordered that a judicial magistrate should inquire into the role of officials and the scam.

In addition,during the Jan Samvad,after Barnwal gathered a complaint that at Murgadanga village in Pakur,due to the involvement of the Block Development Officer Dheeraj Thakur and the Post Master,a bogus Master Roll was prepared and Rs 9,77,630 was withdrawn under the MNREGA scheme.Barnwal dubbed it a Muster Roll scam and ordetred a judicial inquiry into it.

More,during the same Jan Samvad programme,Barnwal not only came face to face with a complaint that one Anganwadi Sevika Manu Far at Line Gali at Chatra had not visited the Anganwadi Kendra during the past three years but also ordered the District authorities to inquiry into it and submit report.