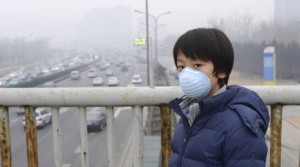 Exposure to polluted air may increase the risk of obesity and lead to high cholesterol and more insulin resistance, a precursor of Type 2 diabetes, a new study has warned.

For the study, they placed pregnant rats and their offspring in two chambers, one exposed to outdoor Beijing air and the other containing an air filter that removed most of the air pollution particles.

After only 19 days, the lungs and livers of pregnant rats exposed to the polluted air were heavier and showed increased tissue inflammation.

The findings were published in the Journal of the Federation of American Societies for Experimental Biology.