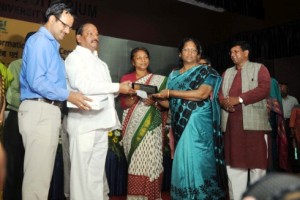 Das,who distributed Tabs among observers and Child Development Project Officers(CDPOs,)for creation of Aadhaar registration under Dainik Anusrawan Yojna at Arayabhatta hall in Ranchi on Saturday,said that the state government is working to make available government services to the people in transparent manner.

“The Tabs are distributed so that the Aadhaar card was made soon after the birth of the child so that the child and family can benefit from the government schemes”,said the CM.

Das said that to contain malnutrition,10900 ‘Posan Sakhi'(read Nutrition Friend) are being appointed.