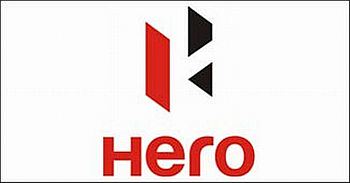 In a move that will certainly give a big boost to the game of hockey in India, the Federation of International Hockey (FIH) and two-wheeler major Hero MotoCorp Ltd, today announced a first-of-its-kind partnership which will be spread over the next four years.Hero MotoCorp – the world’s largest two-wheeler manufacturer – has for long had a steadfast commitment towards promoting India’s national sport, hockey, and today’s announcement takes that commitment to a still higher benchmark. The company has also been one of the largest corporate promoters of sports in India with strong associations with cricket, golf and football.

Mr. Pawan Munjal, Managing Director & Chief Executive Officer, Hero MotoCorp said
“We have been committed to the promotion of hockey in India since the past several years. With this new partnership with FIH, our association with hockey now enters a new and highly-exciting phase, which will bring top-class hockey closer to the fans in India. I am hopeful that this partnership will not only play the role of a catalyst in reviving the popularity of the game in the country, but also inspire talented youngsters to pursue hockey as a serious career option.”

“I am very pleased to continue our very successful partnership with Hero Motor Corp.,” said FIH President Leandro Negre. “India is one of hockey’s most high-profile countries and we need strong support from partners such as Hero to ensure that our sport continues to thrive there. I am sure great things lie ahead for both the FIH and Hero in what promises to be an exciting four years.”

First on the agenda for the partnership will be the Hero Hockey World League Round 2 tournaments in New Delhi from February 18-24. This will feature six men’s teams and six women’s teams vying for a place in the Hockey World League Semi-Finals and a potential berth to the 2014 World Cup. 2013 will close with a second Hero-sponsored event, when the top 16 men’s junior teams converge on India for the Hero Hockey Junior World Cup.