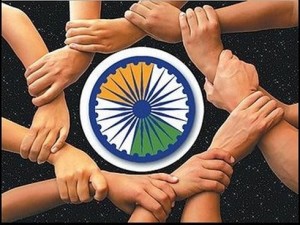 A P Singh, Principal Secretary, Drinking Water and Sanitation department said, “Information, Education and communication is important thing to make success of SBM. Also Public participation and opinion is also important for this Mission. Department is taking help from some international agencies and NGOs of the state to make people aware and fulfill the goal of SBM.

Singh said, “ We want to take help of teachers, students, anganwadi workers and PDS dealers for this purpose as they can create some effect in the society regarding behavioural change. Matasya Mitra and Resham Doot group are also stronger in the state and we are considering to take their help to propagate the messages of sanitaion up to down level. “

Emphasizing on the role of media he said, “ Media’s role would become very effective in making people aware villages. Many people in villages have buildings and cars but they don’t have toilets in house. There are also people in villages who are so rich but they dont want to give up the government fund for construction of toilets. Such type of story should come in public domain, so that such type of mentality can be removed from society.”

Rajesh Sharma, Director, Swachh Bharat Mission, Gramin said – We have set a goal to make Jharkhand open defecation free in 2018. This is not a small goal as we will have to construct 32,00000 toilets in 3 years. Only department can not achieve this target unless public participation is not ensured. Role of media is also very important in changing social norms about sanitation in villages. We know there are so many temples in villages who have been constructed by public contribution and donation but when the question of sanitation comes they don’t feel necessity to make toilet in their house.

He said, “ Media can promote and publish the success story of sanitation. This will help people to change their mindset. Media also can propagate the name of people who have done tremendous work in the field of Sanitation. Department eager to get suggestion from media to correct the leakages in SBM. Without public participation this mission can’t be successful.”

Dr. Madhulika Jonathan, Chief, Unicef Jharkhand said, “ Swachh Bharat Mission requires community participation and strong behavior change component to achieve results. SBM shouldn’t be visualized as a stand alone programme because it impacts both health and nutrition indicators for under 5 children. Sanitation and hygiene has a 40% contribution in reduction of stunting and prevents dirarrohea related mortality.

Dr Jonathan urged media to promote the messages of sanitation to the poorest household and hard to reach areas of the state to ensure that SBM reaches every household in Jharkhand.

The programme was attended by Senior reporters and Correspondents of Ranchi along with Kumar Premchand, WASH specialist, UNICEF and NGO representatives participated in the programme.