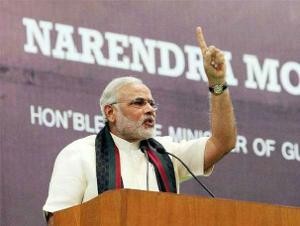 Jharkhand is on the move to attract investors during the week-long Make in India conclave that was inaugurated by Prime Minister Narendra Modi in Mumbai yesterday.

Chief minister Raghubar Das welcomed Modi at the Jharkhand pavilion and assured him of working in tandem with the Centre’s vision for making India a self-sufficient manufacturing hub.

Modi praised Jharkhand for its initiatives in making the state a friendly destination for investors. “Jharkhand is a mineral rich state and has the potential to attract manufacturing industries,” the official communique issued by the state government quoted the Prime Minister.

While speaking at the inaugural ceremony, Das called upon the industrialists and potential investors to explore opportunities in Jharkhand.