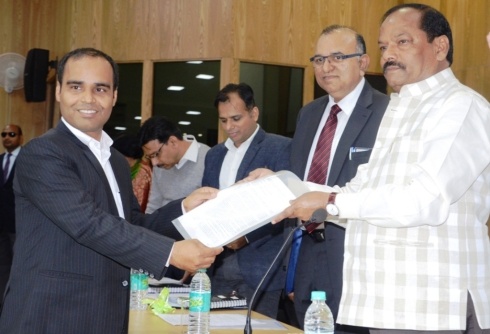 Jharkhand government’s Energy Department has appointed 500 staff with an aim to strengthen power sector in the state.

In the coming days,more appointments are expected to be made by the Departments connected with the state Energy Department.

Jharkhand Chief Minister Raghubar Das today handed over letters of appointment to the newly appointed staff of the Energy Department.

“Many vacancies were there in the state government departments.The need of the hour was to fill them up to make these departments function effectively”,said the CM.

Das said,the development of the energy sector is the priority of the state government since providing electricity to every house by 2018-19 is its target.