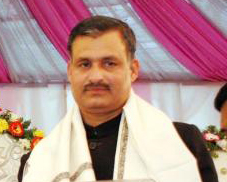 In a major reshuffle in the state secretariat,four IAS officers were transferred in Jharkhand today.

Principal Secretary,Finance Amit Khare,was made Development Commissioner.He was to hold the charge of Finance Department as well.

Additional Chief Secretary U.P.Singh,incharge of Industry Department was given additional charge of Mines Department as well as the post of Principal Investment Commissioner.