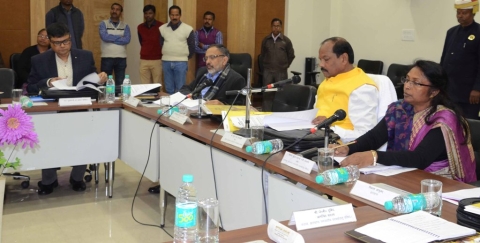 The meeting,organized by the state welfare department,witnessed its members submitting three main proposals.

One,adopt a proposal to end the provision to provide compensation for the tribal land though it sought to retain the Scheduled Area Regulation Court.This will prevent transfer of the tribal land to non tribals,felt the TAC members.

Three,include a provision to make the Section 49 of the CNT Act allowing transfer of tribal land for development works connected with the Railway,Road,Electricity,Dam,School,Hospital and Anganbari in addition to Industry and Mines.

The meeting was attended among others by the Tribal Advisory Council’s Vice Chairperson Dr Louise Marandi and Chief Secretary Rajib Gauba.