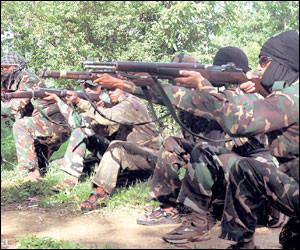 Security personnel had an encounter with the Maoists in Garhwa district but there was no report of any casualty in either side, police said.

The exchange of fire between security forces and the Maoist team lead by Arvind lasted for two hours at Budha Pahad under Bhandaria police station in Garhwa district, said the police.

A massive search operation was carried out after the encounter, added the police.